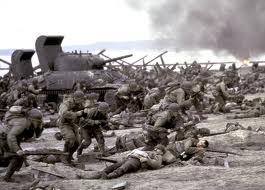 THE ASSAULT ON STINKY GIRL HILL

We charged the machine gun emplacement atop the first sand dune.  I was shot through the guts, horribly, and I fell clutching my intestines as they uncoiled from my belly.  My three friends crowded to my side where I had fallen in the sand.

Private Greg aimed his rifle over my head and fired repeatedly and then said, “I got the bastards Sergeant!”

I was ten years old.  It was the last Saturday of summer and my father had taken me and my three best friends to Seal Beach, between the power plant and the jetty, and we were playing army in the dunes while he studied for his Masters degree.