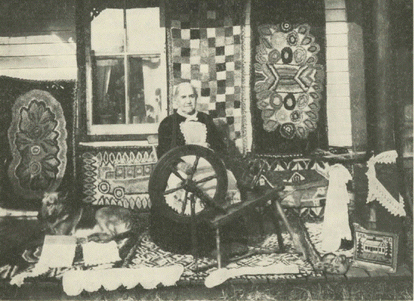 Dear Lord, if you are out there, and in case you have forgotten, I am Hezekiah Green and I work for American Dismantling.  We’re a demolition contractor providing industrial demolition and dismantling for manufacturing facilities and as well we specialize in precision demolition projects.  And 1924 is a very good year so far, thank You very much.  Right now I’m in Maynesboro, in the northern part of New Hampshire, estimating the dismantling of the saw mill and the demolition of the old church.  The government wants to build a prison here.

That Androscoggin River there twines along fifty miles of the New Hampshire, Maine border.  “Androscoggin”, You know, is an Abenaki Indian term meaning something like “deep dwelling river”.  The Indians used to mine rhyolite along here for their stone weapons.  The river drops about eight feet per mile, so there is lots of water power for the towns alongside like Maynesboro, who built the old saw mill in this heavily forested area.  Hell (pardon me!) when the British owned this territory all the pine trees were to be cut and fit for the Royal Navy.

This old Catholic church turns out to be the problem.  Saint Hannah Mother of Mary Church of the Good Shepherd is not quite abandoned.  I was surprised to encounter an old lady when I entered the basement of the old church.  She was sitting at a spinning wheel.

“I am Elmire Jolicoeur,” she said defiantly with a French accent.

I looked around and the basement looked like the old lady’s parlor.  There were quilts and rugs on the all walls and on the floor.  It was softly lit and, I was thinking, irresistibly cozy.  There was a drowsy German Shepherd curled up on one rug who was keeping the sparkle in his eye upon me.

I didn’t know what to do so I introduced myself, “Madam Jolicoeur, I am Hezekiah.  Hezekiah Green, madam.  I am sorry if I surprised you.  I was not told that anyone resided here.”

Madam Jolicoeur turned her head and eyed me, saying, “Hezekiah.  King of Judah.  Abolished idolatry.  Hezekiah even destroyed the bronze serpent that God told Moses to make because it had become an object of idolatrous worship,” and her eyes seemed to look through me and I thought that she had gone into some kind of an old person’s trance.

I said, “Madam Jolicoeur?  This church is going to be torn down.  Do you understand?  I am sorry but I have been hired to make the preparations for the demolition.”

Madam Jolicoeur focused upon me once again and began to tell me her story, saying, “My husband Benjamin came to this town for work after your Civil War, in 1866.  There were no houses to rent here then and so I and our one-year-old child Nellie stayed behind with my uncle and aunt on their farm in Québec.  Benjamin worked in that saw mill from 7AM until 6PM for $1.75 a day.  After one year I had enough of missing my husband.

Without telling Benjamin, I packed what I could carry in a valise and along with our child and I boarded the train for Maynesboro.  There were no amusements in Maynesboro so the men always came to the train station after their supper to watch the train.  I saw the disbelief in my husband’s eyes when I got off the train onto the platform.  I heard the man next to my Benjamin say that he wished his own wife would decide to join him.

Nellie and I had to stay at the boarding house with Benjamin.  I unpacked my valise upon the single bed and took out the ten pounds of flour, five pounds of butter which I made myself, five loaves of maple sugar, one dozen fresh eggs, and two pounds of tobacco.   And there was one quart of cherry wine with which we celebrated like newly-weds.”

Madam Jolicoeur stopped talking and she smiled.  I took the opportunity to make her focus and understand, asking, “Do you have somewhere else that you can go to live, Madam Jolicoeur?  This church will be, will be gone, do you understand?”

Her sleepy German Shepherd growled at my tone and he stirred.

Then Madam Jolicoeur merely continued her reminiscence, saying, “We needed more money.  At this church I offered to teach the town children.  In this basement I was provided tables and benches for the children.  I even cooked for them.  But there were so many I had to be clever.  I had a large deep saucepan, called a casserole, and I combined meat, vegetables, and flour and covered it with cheese and I baked it slowly and I had a hearty meal for all of the children and they did not have to leave my school all day.  My new recipe received so many compliments that before long others were making similar dishes and they were calling them casseroles.”

I was getting absorbed into her stories.  I shook myself back and asked, “Casseroles?  You invented casseroles?  Quite a story, Madam Jolicoeur but we have not addressed your situation, with all due respect.  I have been sent here to remove this church.  It’s the government, Madam Jolicoeur; they want to build a big prison here.”

She said to me, “Hezekiah, ‘rebel against the king of Assyria and serve him not’.  Independence!”

The German Shepherd was standing.  What the hell was I supposed to do now?

I backed up the stairs and said, “Madam Jolicoeur, you make a good point.  I will discuss this new situation with my boss right away.  Thank you for your hospitality.”

Madam Jolicoeur smiled and asked, “Wouldn’t you like to buy a quilt or a rug?”

Back upstairs I just was going to leave and get help but I stopped here at this empty altar.  I haven’t prayed like this in years, Dear Lord, but I don’t need your help; really, this old lady needs your help.

You don’t mind that this is a Catholic altar, do you?

Based on the stories of Berlin, New Hampshire

But, the most ancient scrolls are kept on: THE TABLE OF MALCONTENTS

One thought on “AMERICAN DISMANTLING”